Discover L'INTENDANT and its virtual tour 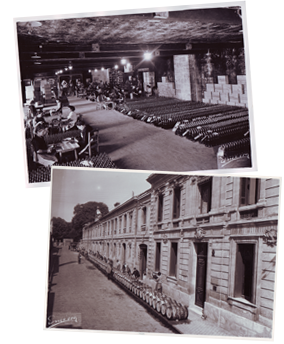 L’INTENDANT is owned by DUCLOT, a major wine merchant in Bordeaux with a stock of several million bottles and large formats, purchased directly from the chateaux and stored in 20,000 m2 new cellars.

Founded by Sixte Duclot in 1886, the company kept its name when it was acquired in 1956 by Jean-Pierre Moueix. DUCLOT group is being run by Jean Moueix as a CEO ; he furthers its development while upholding the family values dear to this historic company. 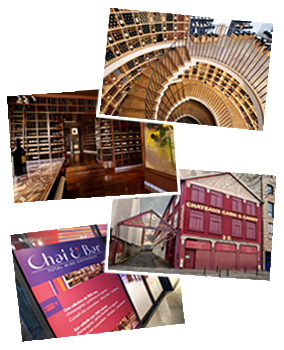 This wine merchant status ensures that there is no intermediary between the chateaux and the shops /online sales of DUCLOT Company; that is why you will always find here the right prices and wines in perfect condition.

If Bordeaux growths are historically the core business of DUCLOT, in recent years the group has extended its expertise to great wines from other regions. After a strict selection with tasting sessions, the range presents the most beautiful estates and the best winemakers in Burgundy, Rhône, Loire, Champagne ... and other major French and foreign vineyards. This offer is available in all the company’s stores, with the exception of L’INTENDANT and LA BORDEAUXTHÈQUE only specialized in Bordeaux wines.

DUCLOT today: Jean-François Moueix is president of the family holding VIDELOT including PETRUS in Pomerol which is managed by his son Jean Moueix. 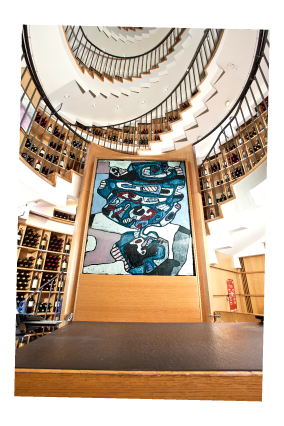 Within the famous "Bordeaux triangle", the historic heart of the city, behind the façade of a small seventeenth century mansion, stands an outstanding construction : a circular tower 12 meters high, which houses the greatest wines of Bordeaux, 15 000 bottles spread over 5 levels. At the foot of the tower, stands a beautiful original work of Jean Dubuffet, soberly entitled "The glass of water # 3."

A mythical ascent in the world of Bordeaux wines

The ground floor offers a wide selection of half bottles and delicious affordable wines. Then, the higher you go up the stairs, the higher up you get in the Bordeaux pyramid : after a selection of red and white wines at less than 20 euros on the first steps, you will find the crus bourgeois and second wines. Then you come to the classified growths of the Medoc, great red wines of Saint-Émilion, Pomerol and Pessac-Léognan, followed by magnums.

Finally, a true sanctuary, the fourth and last floor contains a unique offering of large format bottles (double magnums, jeroboams, imperials) but also older vintages.
And as some clients lack the time or inspiration to make their choice, The INTENDANT provides boxes with two, three or six different bottles. Custom-ade assortments are also feasible.